Johns Island (zip code 29455) is located across the Stono River from James Island and West Ashley. The 83.72-square-mile island is the largest in South Carolina and the fourth largest island on the US east coast. Although the entire island is part of Charleston County, only about one third of it has been annexed by the city. Johns Island can be reached from downtown Charleston in about half an hour.

Once a haven for those who had escaped slavery, Johns Island has seen unprecedented change in the last 40 years. The area was not assigned its 29455 zip code until 1963, and as late as the 1970s, the island was completely rural, marked by poverty and dependent on a farming economy. The development of the resort islands of Seabrook (1973) and Kiawah (1976) set in motion a slow cycle of change on Johns Island. These resort islands are located just beyond Johns Island and brought an increase of traffic through the area, while also providing nearby jobs to the otherwise rural community.

Today, many areas of John’s Island are still rural, and the island has a thriving farming community; much of the produce grown on Johns Island still makes its way to the downtown Charleston farmer’s market and to many of the restaurants that have helped Charleston make its name as a widely recognized food town. But the character of the island is changing. The Paul Gelegotis Bridge, more commonly known as the Stono Bridge, opened in 2003 to replace the old bridge linking James Island to John’s Island, and the John F. Limehouse Memorial Bridge, also completed in 2003, connects the island to West Ashley, Ravenel and Highway 17. New planned subdivisions have cropped up since the opening of these bridges, and there has long been talk of extending the Mark Clark Expressway (Interstate 526) onto the island.

Johns Island is home to the famous Angel Oak, which is believed to be the oldest tree east of the Mississippi. Cultural events are held on the grounds of the Angel Oak throughout the year. There are also plenty of opportunities for golfing, boating and fishing on and around the island.

Besides farms, Johns Island jobs providers include restaurants, landscaping companies and other businesses that cater to the residential population. The island is part of the Charleston County school district and includes a mix of public and private schools serving preschoolers through high school–age students.

Housing options include mostly newer homes built in the 2000s, with some older homes built in the 1970s through 1990s mixed in and even some late-19th- and early-20th-century farmhouses. The newer planned communities offer homes and townhomes with gorgeous old-growth oak trees and marsh and Intracoastal Waterway views, starting in the $150,000s for 1,300 square feet and moving up in price with size and acreage. The island also features some gorgeous waterfront and golf-course-community mansions on multi-acre lots; these homes can climb to the $1 million to $5 million range. 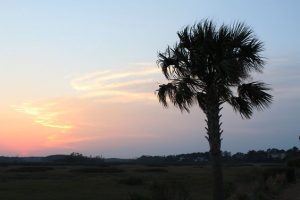 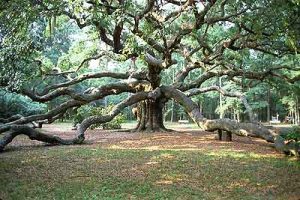