Across the Ashley River from the Charleston peninsula is West Ashley (zip codes 29407 and 29414). The 56.4-square-mile area is part of the city of Charleston, but a distinct community unto itself. Initially settled in 1670, West Ashley is actually the first site of Charleston — known at that time as Charles Towne. After Charles Towne was moved to the peninsula in 1680, West Ashley was for the next 200 years was called Saint Andrew’s Parish. Numerous plantations developed along the Ashley River, and the area remained largely agricultural until the 1920s and 1930s.

Despite a large residential population boom in the 1940s thanks to World War II and an increased military presence in the area, West Ashley remained an unincorporated parish until 20 years later. In 1960, Charleston was ready to expand its city limits for the first time since 1849, and parts of West Ashley voted to merge with the city.

Housing options in West Ashley are diverse; the 29407 zip code is the area closest to downtown Charleston and includes beautiful older homes built in the 1920s and 1930s and homes from the 1940s-1960s era. These homes range from modest brick ranches to sprawling water and marsh-front estates on wooded lots with majestic oaks. Prices start in the mid-100,000s and climb to the $700,000-$900,000 price range and beyond. The 29414 zip code is the newer area of West Ashley. Golf course communities and other newer planned communities. Homes date from the 1980s to brand new constructions and range in price from the mid-$100,000s on up to $1 million plus, depending on home and lot sizes.

Major providers of West Ashley jobs include Bon Secours and numerous other healthcare facilities, retailers in and around the Citadel Mall, large hotels, financial institutions, legal and insurance offices, restaurants, Hagemeyer North America, the Catholic Diocese of Charleston and a large concentration of automobile dealers. 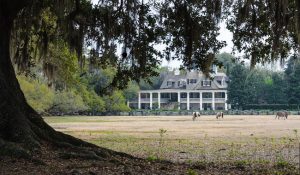 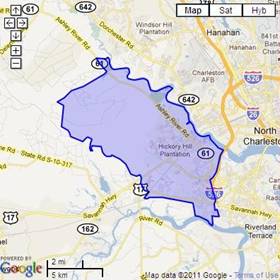 Home in The Crescent — One of Charlestons TOP Luxury neighborhoods.