During the 18th and 19th centuries, Kiawah Island was a plantation where cotton and indigo were grown and cattle were raised, but records suggest that the area was relatively unproductive. In the 1950s, an Aiken, SC, lumberman named Royal bought timber rights to the island and began logging pine. He developed a causeway and logging roads, the predecessors of Kiawah’s modern infrastructure.

In 1974, the Kuwaiti Investment Corporation purchased Kiawah Island and began developing it as a resort, which opened in 1976. In 1988, the island was again sold, this time to Kiawah Resort Associates and Landmark, and the town of Kiawah Island was incorporated.

Today, the island is home to the Charleston County Beachwalker Park, a wide public beach bordered by maritime forest, marshes and lagoons, and which features prolific wildlife. Beyond the public county beach park is the gated Kiawah Island residential / resort community. Kiawah is also home to award-winning golf courses and the prestigious Sanctuary Hotel. Recreation opportunities are diverse and range from conservation-minded nature activities to tennis and spa facilities.

Most Kiawah Island jobs are provided by the area’s tourism industry. As far as housing goes, some small villas are available on Kiawah in the $300,000 to $500,000 price range, but most single-family homes are expansive luxury estates that range in price from $5 million on up to $20-plus million, with large luxury villas and smaller homes priced around the $1 million to $2 million range. 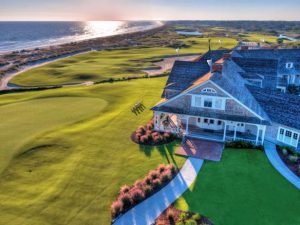