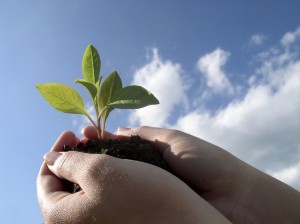 In the Charleston area, our real estate market stats have been looking great overall so far this year. We’ve seen some impressive declines in inventory and quite a few sales. The numbers for June come out on Tuesday, and we’ll then have a really good picture of the first half of 2012 at that point.

There’s no secret behind Charleston’s real estate rebound success. The quality of life here is excellent, and the cost of living is noticeably lower than other areas with comparable amenities. Over the last few years, numerous businesses have decided to call Charleston their home base, creating new jobs for the area. Again and again, the businesses cite Charleston’s livability as a key factor in relocating.

A recent Patriot Ledger story out of Cambridge, Massachusetts, details iCache CEO Jon Ramaci’s decision to relocate his home and company headquarters to Charleston, South Carolina, from the Northeast. For one, Ramaci, a native of Hanson, MA, graduated from the Citadel — as many of us who went to school in Charleston know, it’s difficult to leave this city behind once you’ve spent some time here. Ramaci says the warmer weather and less crowded beach roads influenced his decision to move to Charleston. Other pluses for the entrepreneur included lower real estate and labor costs.

It can be argued that Charleston is actually helping the Upstate grow. Several manufacturing-industry businesses have come to the Upstate thanks to its proximity to Boeing, and most recently, the SC Ports Authority is considering building an inland port facility in the Greenville-Spartanburg area to help extend the reach of Charleston’s port.

It’s nice to see the positive numbers come in throughout the state, and no surprise to see the Charleston area leading the way. Ready to ride the wave? If you’re considering a move to or within the Charleston area, please feel free to give Bob Brennaman a call at 843-345-6074. He’s always happy to answer any real estate or Charleston questions for you.