Charleston among the Best Large Cities for Job Growth 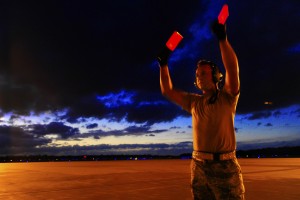 The Milken Institute, a nonpartisan nonprofit organization that studies economic issues, has recently named the Charleston Metropolitan area one of 2012’s Best Performing Cities when it comes to creating and sustaining jobs. Good news if you’re considering a move to the area or a real estate purchase. In ranking cities, the Milken Institute looked at job, wage and high-tech GDP growth over one- and five-year periods. The report does not factor in variables such as commute times, crime rates, business costs and cost-of-living.

The Charleston-North Charleston-Summerville metro area was ranked as the No. 9 Best Performing Large City (out of 200 large cities), the only South Carolina metro listed in the top 25. The only place in the Southeast that ranked higher than Charleston was the Raleigh-Cary, NC metro area, coming in at No. 3. The major industries that helped the Lowcountry were high-tech, aerospace and manufacturing. Job growth from 2010 to 2011 ranked eighth in the country, and high-tech GDP growth ranked fourth in the country — it bettered the national average by 30%.

Continued growth is expected in 2013; here is a look at some recent developments in the Charleston job market, as reported by the Charleston Regional Development Alliance (CRDA) and the Post and Courier:

We anticipate that this job growth will continue to fuel the Charleston real estate market, which again made promising gains in January.

If you have real estate questions about the Charleston area, you can always reach Bob Brennaman at 843-345-6074.