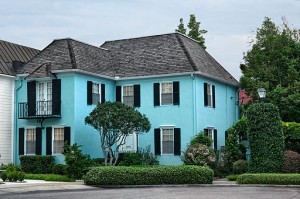 By Photoartel (Own work), via Wikimedia Commons

Real estate on the bottom part of the downtown Charleston peninsula (the 29401 zip code, below Crosstown) realized significant price increases in January–June 2013 when compared to the first two quarters in 2012. While new listings are up about 13% and closed sales are down about 2% for the year, the real story with the historic Charleston market is price.

Median sales price is up almost 13.5% to nearly $700,000. The average price for real estate in downtown Charleston was just over $1.3 million, a 42% increase from last year. As with other high-dollar markets in the area, the homes stay active almost twice as long as homes priced under $350,000. Regardless, the number of days needed to sell a home on the Lower Peninsula dropped nearly 29% to 139.

In the first half of 2013, sellers were receiving more than 90% of their listing prices, almost 6% better than the corresponding period in 2012. So far this year, 84 downtown homes have sold, 21 of which closed in June. Despite the increase in new listings, inventory is down 11.4%, with 163 single-family homes actively for sale.

Want to know more about the historic Charleston, SC, real estate market? Whether you’re interested in purchasing an iconic piece of history or considering putting a property on the market, Bob Brennaman is an excellent resource. Offering in-depth market knowledge and unmatched customer care, he’s been a licensed Realtor in the area for over decade.