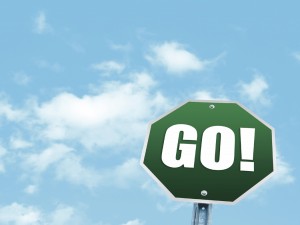 Back in 2004 to 2007 or so, you didn’t have to think all that hard about buying real estate. Essentially, it was the thing to do. Loans were easy to come by, and real estate was gaining value by the hour it seemed. Homeownership came with an attractive set of tax incentives not available to renters.

Well, you still get many of those tax incentives for owning real estate in the form of mortgage interest and property tax deductions and the exclusion of a home sale from the capital gains tax. But a lot of other things have changed. Nowadays, folks think twice — or ten times — before jumping into a real estate purchase and for good reason. No one wants to default on a loan and lose something they worked hard for. But if you are financially stable and have been thinking now might be a good time to start looking at owning your first home or if would like to invest in additional real estate for retirement or to diversify your income, now might just be time to stop thinking and start doing.

Here’s why we think it’s one of the best times to buy real estate in Charleston:

6. The jobs market is showing signs of improvement. According to the Bureau of Labor Statistics, 163,000 non-farm jobs were added to the U.S. economy in July 2012. This marks the seventh consecutive monthly increase in employment this year and represents the best month in terms of number of jobs created since February. The sectors that saw gains included health care, professional and business services, food and beverage services, and manufacturing.

5. Wages are increasing. The July 2012 findings from the Bureau of Labor Statistics report that average hourly earnings are up 1.7% from last year.

4. Mortgage rates are on the climb. Even though they are still lower than they were a year ago, according to Freddie Mac, mortgage rates are inching up — this week marks the second week in a row that real estate mortgage rates trended upward. A 30-year fixed-rate mortgage (FRM) averaged 3.59% for the week of August 9, 2012, up 0.04% from last week. Last year at this time, the average 30-year FRM was 4.32%. So, you’re still getting a better deal on a mortgage than you would have at this time last year, but as the economy recovers, those rates are going to keep climbing.

3. Closing costs are down. According to BankRate.com, closing costs for a $200,000 mortgage are down 7.4% from last year. This means the fees you’ll pay, such as origination fees, commissions and insurance, are less, partly because of the 2010 laws requiring banks to estimate closing costs for real estate loans within 10% accuracy.

2. Rental prices are increasing. Because not everyone can qualify for a home loan and many still view owning real estate as too big of a risk, a lot more folks are renting now. Vacancy is way down, and rents are climbing because demand is so high. This is great for anyone who would like to invest in real estate as rental property. On August 7, 2012, real estate website Trulia.com released its July rental report showing that rents nationwide rose by 5.3% from last year. In Charleston, rents have increased by 8.1% in just one year.

1. Charleston’s real estate market continues to show signs of a sustainable recovery. The Charleston Trident Association of Realtors’ report for July is out, and it was another good month for the Lowcountry. We’re now on our ninth consecutive month of positive home sales data. Inventory has declined by more than a quarter since last year. We’re now down to a seven-month supply, inching ever closer to the coveted six-month-supply mark, which indicates a healthy real estate market and can cause prices to climb quickly. Sales volume is up 10%, and median home price has increased by 3.4% over the last 12 months. Homes are selling faster; in July, homes spent less than 100 days on the market for the first time since December 2008. And sellers are receiving a greater percent of their asking price, up 2.2% year-over-year.