Just past Awendaw, SC, on Highway 17 North is the small, historic town of McClellanville (zip code 29458), the northernmost municipality of Charleston County. Located in the Francis Marion National forest and separated from the Atlantic Ocean by a large expanse of marshland, the village of McClellanville was first established in the 1860s on the shores of the intertidal Jeremy Creek. While many areas surrounding Charleston became summer retreats for residents looking to escape the city heat and summer fevers of the Holy City, McClellanville was a refuge for planters of the Santee Delta area to the north. The fishing village of McClellanville incorporated as a township in 1926, and today, its economy remains largely dependant on fishing, shrimping and oystering. The town of McClellanville covers 2.08 square miles, but the entire 29458 zip code stretches out 162.4 square miles, all the way to the Santee River.

McClellanville is about a 30-minute drive from Mount Pleasant and an hour drive from the city of Charleston. But the community is mostly self-sufficient with docking/marina facilities, churches, doctors’ offices, restaurants, a library, schools, a general store, gas stations and even antique shops and a bed and breakfast.

Recreation opportunities in rural McClellanville are diverse. The area is home to the 1,000-year-old Deerhead Oak tree and the Hampton Plantation State Historic Site. McClellanville has been a Tree City USA community since 2001, which is a “national recognition for greener cities.” Camping, hunting, fishing, hiking, biking, boating, canoeing and kayaking are other popular activities in McClellanville, which offers both fresh and salt waterways.

The housing options in McClellanville are diverse for such a small, rural area. There are both lots and homes available. Lots come in all sizes from multi-acre waterfront lots with boat access to fraction-of-an-acre lots tucked into the Old Village historic district. Lots can cost anywhere from $50,000 to $500,000. Homes in McClellanville also run the gambit: a 1,400-square-foot home in the historic district (built between 1960 and 2000) might cost anywhere from $150,000 to $400,000. Larger historic homes (built in the 1800s) and newer homes (built in the 2000s) with docks list for around $700,000 to $900,000. Outside of the historic district, homes are situated on sprawling lots with natural views and range from $300,000 to just under $1 million.

Employment opportunities are relatively limited in McClellanville. Many residents make their living off the ocean, and the historic district has several retail shops and restaurants. Other McClellanville jobs providers include the area schools, several healthcare facilities and a few construction companies. 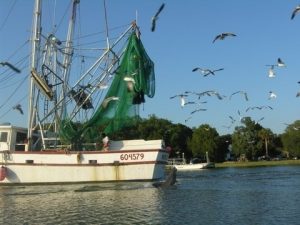