Nestled right in the middle of North Charleston just outside the Mark Clark Expressway / 526 loop, the city of Hanahan (zip code 29410) is a small but fast growing community within Berkeley County. Like many other cities and towns in the South Carolina Lowcountry, Hanahan can trace its beginnings to Charleston’s plantation days, specifically the Otranto Plantation, an indigo plantation that dates back to 1678. Modern Hanahan took shape during World War II when the US Army developed a base in the area. The base closed after the war, and the city of Hanahan incorporated in 1973. It has an area of about 10 square miles and a population of around 16,000.

Hanahan is a quick 15-minute commute from Charleston and provides access to the rest of the Greater Charleston area via Interstates 26 and 526 and Rivers Avenue (Highway 52). The city is mainly a residential area with numerous parks, recreation programs and public schools within the desirable Berkeley County school district.

The older, more established area of Hanahan centers around the Yeamans Hall Road and Hanahan High School area. There, brick homes built in the 1950s, 1960s and 1970s range in price from the low $100,000s to low $200,000s. Brand new homes have been developed farther north and include some million-dollar homes on the Goose Creek Reservoir waterfront. Other newer planned communities feature a mix of single-family homes and townhouses ranging in price from the mid-$100,000s to the mid-$200,000s. 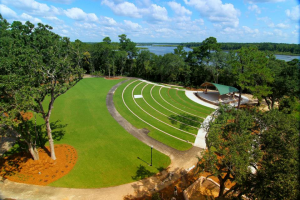 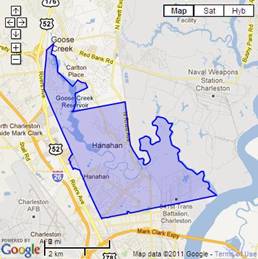