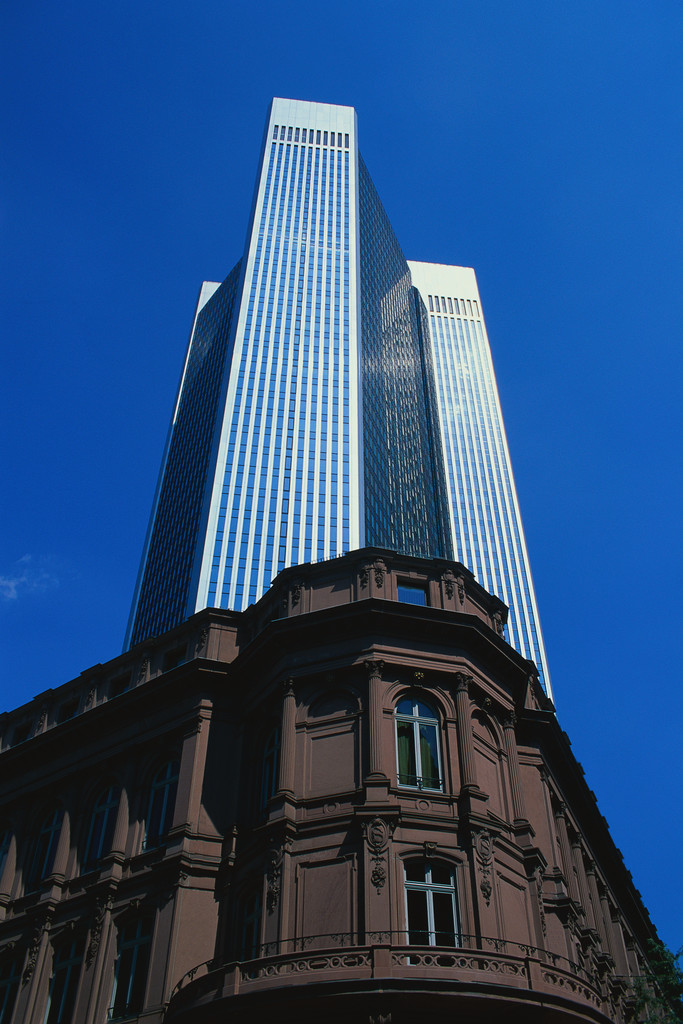 Charleston, SC, doesn’t have skyscrapers. Our streets are a little tricky to navigate for large trucks. And many brick buildings here are held together by iron earthquake bolts from 1886.

Obviously, the city has long held historic preservation in high esteem — even before formal preservation plans were set into action. And it’s pretty safe to say that Charleston has managed to balance preservation with growth in a way that has encouraged quite a healthy economy. If fact, it seems that the emphasis on preservation here could actually be one of the things that encourages economic growth. Not only that, but preserving what we have and finding new uses for old structures is actually good for the environment according to a report authored by the Preservation Green Lab of the National Trust for Historic Preservation.

On the heels of LEED certification and the green building movement, the 2011 study set out to identify the greenest building types, and it found out that those “old, inefficient structures of yesterday” can actually be more environmentally friendly than demolition and new building construction if they are renovated in a smart manner. The study examines six types of buildings: single-family homes, multifamily buildings, commercial offices, urban mixed-use village structures, elementary schools and warehouse conversions. The studies were conducted in Portland, OR, Phoenix, AZ, Chicago, IL and Atlanta, GA. The authors of the report point out that it is not meant to be definitive. Rather, the study is a starting point for comparing adaptive reuse and new development projects.

Of the building projects studied, the warehouse conversion projects are the only ones that were more detrimental to the environment than new constructions, because of the enormous amount of resources and materials required to convert the warehouses into usable space. Of the warehouse conversion projects studied, converting old warehouses into office space was generally better than building new office buildings, but converting old warehouses to multifamily housing units, such as condos and apartments, required more resources and had a more detrimental impact on the environment than starting from scratch.

There are many examples of adaptive reuse in Charleston. The historic cigar factory on East Bay Street was once the home of Johnson & Whales University and is now undergoing yet another transformation into high-end lofts. Numerous historic homes have been converted into office space for the colleges and universities in the area (e.g., the College of Charleston’s 5 College Way and MUSC’s Anderson House — just to name a very few). Tiger Lily Florist at Spring and Ashley Streets won an award in 2004 for historic renovation and adaptive reuse. The Restoration on King (a boutique hotel and soon-to-be-private residence club) was created from four separate buildings, including a three-story 1863 structure that once housed a pub, office space and apartments; a 1921 building that housed a department store with storage space and offices on the third floor; and an 1886 building that was once a private residence.

Many of Charleston’s famous restaurants are situated in historic buildings with original features, such as exposed brick, stained glass and aluminum paneling. Many restaurants post the histories of their buildings on their websites, and the information makes for an even more enjoyable dining experience. The three-story Southend Brewery dates back to 1880, and is known as one of Charleston’s most haunted places. Oak Steakhouse was once a bank. The building that houses McCrady’s Restaurant was once a tavern and dates to 1767.

Renovating older homes can also have quite a positive impact on the economy and the environment. Sure, it’s a bit more of a headache and could end up costing more than moving into a brand-new, energy-efficient home, but renovation projects can also be quite rewarding. The next time you’re looking at Charleston area real estate, you might want to give that handyman special a second glance. Consider these insights given by the National Trust for Historic Preservation report: 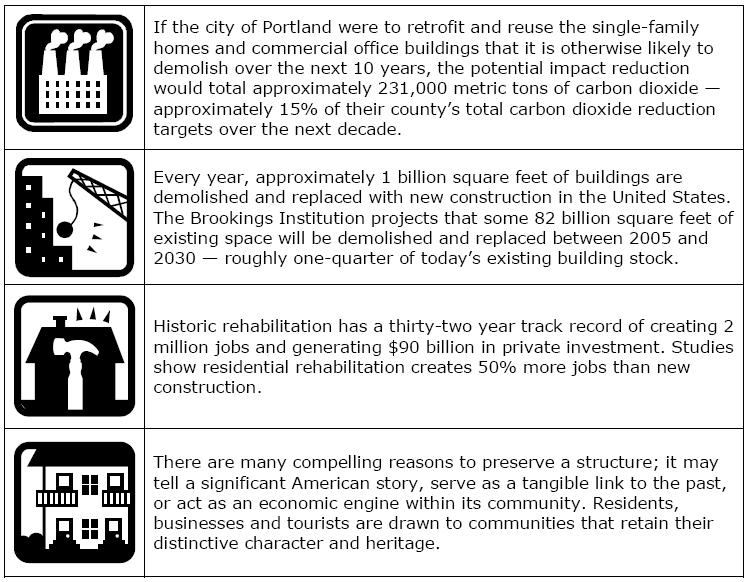 This is not to say that new construction is unwelcome. There are many areas in and around Charleston where space is used inefficiently or where the structures are just beyond repair. In North Charleston, for example, the brand-new sustainable Oak Terrace Preserve neighborhood features energy-efficient homes with small footprints built based on charming classic Charleston designs.

The neighborhood was once known as Century Oaks, a World War II–era community of temporary housing built to accommodate Naval yard workers and their families. The “temporary” housing was in use until 2006, three years after the city of North Charleston purchased the property for redevelopment. Between 1970 and 2000, the southern part of North Charleston, the part closest to downtown Charleston, was losing residents rapidly. The once vibrant community became characterized by a large number of dilapidated and vacant structures. Crime was on the rise, and school performance was declining. The Naval Base had closed, and many of the area retailers had disappeared. In short, quality of life was diminishing.

In this instance, demolition and redevelopment in a sustainable way seemed the best option for the North Charleston community. Dewees Island developer John Knott, who has been heavily involved in the redevelopment of North Charleston, is quoted by the Post and Courier as saying, “Downtown Charleston is the mother of preservation in the United States. North Charleston will be the father of sustainable development and urban revitalization.” Since widespread demolition of temporary and derelict housing in the early part of 2000, North Charleston has begun to focus on home restoration, offering public funds and special task forces dedicated to helping residents fix up homes that do not meet local codes.

Each type of development — both adaptive reuse and demolition and new development — serves a purpose and need. The Charleston area has been successful in balancing the two. Both types of developments can become controversial issues. Do you have a strong opinion one way or another?