Images of the Holy City

In addition to its spectacular centuries-old residential real estate, the Holy City has some of the most beautiful churches in the country. In honor of Easter and Passover, here are a few of our favorite images of houses of worship in Charleston. 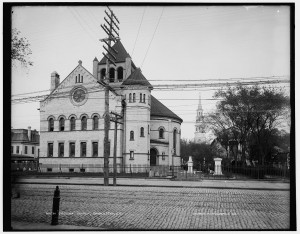 Located at 150 Meeting Street, the Circular Church traces its roots to the early 1680s and holds the distinction of oldest continuous congregation in the American South. Known as the Circular Congregational Church today, the current sanctuary was constructed in the 1890s. This image dates to 1890, before the church was fully completed. 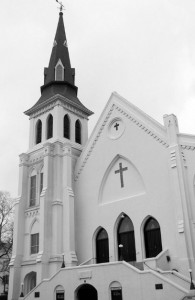 Tracing its history back to 1816, Charleston’s Emanuel African Methodist Episcopal Church is located at 110 Calhoun Street. Among the oldest and largest African American congregations south of Maryland, the church’s current structure was erected in 1891. The modern image was taken after the church’s 1950 restoration when white stucco was added over the original brick façade. 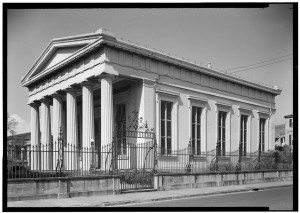 Founded in 1749, the Kahal Kadosh Beth Elohim Synagogue can be found at 90 Hasell Street. It is the fourth oldest Jewish congregation in the country. The current temple, which dates to 1840, is the United States’ second oldest synagogue and one of the country’s best examples of Greek Revival architecture. This image was taken in 1938. 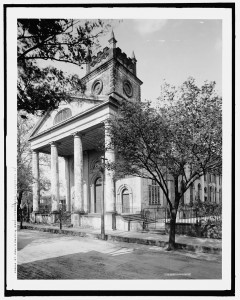 Located at 126 Coming Street in the downtown neighborhood of Radcliffeborough, St. Paul’s Church was completed in 1816. Now home to the Your Cathedral congregation, the beautifully preserved church still retains its architectural grandeur. This image was taken in 1907.

Why Move to Charleston?