Charleston is the nation’s No. 1 city again, and No. 2 in the world, according to the readers of Travel + Leisure magazine. The results were released Tuesday morning. July 11. Readers were asked to rate cities they had visited on sights/landmarks, culture/arts, restaurants/food, people/friendliness, shopping and value.

This is the fifth consecutive year the magazine’s readers have named Charleston the nation’s top city. Charleston was the top city in the world last year. This year San Miguel de Allende in Mexico took the top global spot. Two of Charleston’s hotels, The Vendue and Zero George, ranked Top 15 in the country this year. The city’s top restaurants also consistently get national attention, but restaurants were not included in these survey results.

“Charleston is that rare destination that, on paper, seems to have it all — and then totally lives up to the hype,” the magazine says on its website. The Charleston Area Convention and Visitors Bureau immediately posted the news, with the invitation, “Plan your trip to the No. 1 city in the U.S.” (Credit: Post and Courier) 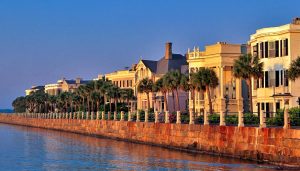